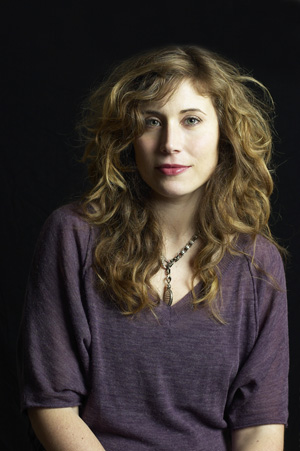 Raquel Pelzel is an award-winning food writer and has written and collaborated on more than a dozen cookbooks. Her work has appeared in Saveur, The Wall Street Journal, Cook’s Illustrated, Fine Cooking, and many others. At the time of the inteview, she was senior food editor for Tasting Table. She writes the blog raqinthekitchen.com.

Sofia Perez, editor-at-large for Saveur, recommended that I contact Raquel for the next installment of my series where I ask food writers, “What is Good Food Writing?” Sofia wrote the first thoughtful response. Stay tuned for more to come.

Since Raquel’s expertise and experience lies in cookbook writing and recipe development, she proposed discussing that area of food writing as an alternative to examining my central question. I gladly accepted her offer.

Food + Writing
Turns out that Raquel’s food writing career began in her hometown of Chicago with a few twists and turns.

“In college, I became a vegetarian. I didn’t know how to cook,” she says. “I had a college internship at an advertising agency for food-based businesses, but I spent more time talking to the house chef than writing copy.”

Following her instincts, she decided to attend culinary school and headed to the School of Natural Cookery in Boulder, Colorado. She learned about cooking healthful whole foods to sustain a vegetarian diet. Afterward, she returned to Chicago to finish college and then landed a job in publishing as an assistant editor at Consumers’ Digest Magazine where she wrote about health and travel. She met her future husband and they moved to Boston, his hometown on the East Coast.

While working for a healthcare newsletter, Raquel nursed second thoughts about a baking career. She worried about earning enough money to make a living, but decided to go for it anyway.

“I kept having a romantic vision of being a baker or pastry chef. I quit my job in publishing and started pastry school at Johnson & Wales University in Providence. I worked as a baker in a kitchen in Cambridge, Massachusetts from six in the morning until noon, then drove an hour to Rhode Island where I was in school until seven at night. I’d drive home, eat a peanut butter-and-jelly sandwich and pass out from exhaustion!”

She left Johson & Wales to take a job at a small artisanal bakery in Brookline and then moved on to work in pastry at Barbara Lynch’s No. 9 Park. “It was hard and the pay was dismal, and soon enough I began to miss my old life as a writer with semi-sane hours, vacation time and holidays off. While I loved cooking and working with food, I missed writing.”

Raquel wanted to marry her interest in food with writing. Opportunity knocked when she saw a job opening at Cook’s Illustrated. She wrote a story and made multiple versions of a dish for the interview. Tuna noodle casserole, no less. She got the job and began her career as a professional home cook, developing and testing original recipes and cross-testing and vetting recipes from some of the best chefs in the world.

Developing Recipes
The process of writing recipes and developing a cookbook is complicated and involves several areas of expertise. Raquel offers several pieces of advice for aspiring cookbook writers or anyone writing a recipe for publication.

• Have the recipe(s) tested. “At Tasting Table [where Pelzel currently works], we prepare recipes from chefs and cookbooks constantly. It’s pretty amazing how many recipes don’t work—it’s my job not just to fix them, but to make them an accurate representation of the chef and the food he or she serves,” says Raquel.

• Have a keen eye. “Hire a copywriter. Small typos and details can destroy a lot of hard work. Watch the process during the book’s layout and pay attention so instructions don’t drop off the page.”

One of Raquel’s first cookbooks was a project for Williams-Sonoma, Williams Sonoma: New Flavors for Dessert (Oxmoor House, 2008). She was hired to develop the recipes and write the book. The publisher was very involved as were the executives at Williams-Sonoma, and before going into the kitchen, Raquel had to have all of the ingredients and techniques for her recipes approved. She learned to be flexible with recipe development.

• Always be flexible. “”There’s always something new to learn and consider. Be adaptable and nimble to requests,” she advises. “I was pushed to come up with more interesting ideas and learned a lot that way. Plus, as a freelancer, it’s a good thing to be easy to work with if you want to get hired again!”

• Originality. “”To truly develop an original recipe, you have to start at ground zero with an idea. ”Think about possibilities and flavor combinations and sketch out a recipe. I consult other recipe sources, take notes on interesting details and techniques. It’s a lot of research, and not just switching out an ingredient here or there.”

• Test and experiment. Raquel sketches out a framework for the recipe. She cooks it and changes out ingredients while testing at the counter. “Then I put the ingredients and method aside and just cook. Paper can tie you down,” she says. “Cooking is unique to you. What makes it interesting is that it speaks to your style.”

• Cite sources and inspiration. “Give credit where credit is due. I know people spend lots of time developing recipes,” she says. “If inspired by something someone else has done, say so as an acknowledgement.”

• Keep trying. “If you have an idea, go for it. You will have failures. Cook through all of the possibilities.” 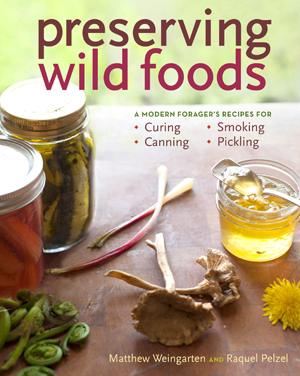